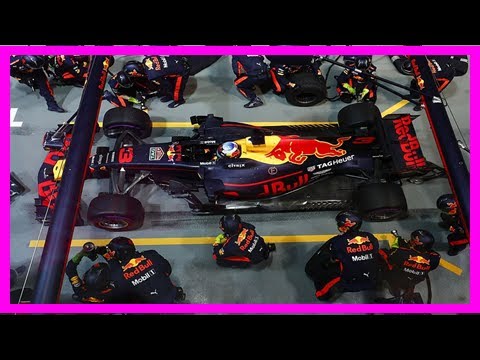 Ricciardo avoided opening-lap mayhem to slot in second behind Lewis Hamilton, but while Red Bull looked considerably faster than Mercedes for most of the weekend, the Australian couldn’t mount a victory challenge.

Horner revealed after the race that Red Bull feared Ricciardo would not even finish the race due to a gearbox problem.

Asked whether Ricciardo could have won if not for the gearbox problem, Horner said: “We certainly could have been closer and put a bit more pressure on.”

“But it’s very different conditions today – with the rain, the rubber being gone, it’s cooler than Friday, they were all factors.”

Ricciardo insisted having to manage the gearbox did not play a major role in the outcome, and he was disappointed that Red Bull’s early weekend form did not continue into the race.

Red Bull had already been a long-term sponsor in Formula One racing before formally entering as a works team following the acquisition of Jaguar in November 2004.

The scale of success that followed over the next decade has been staggering. A first podium arrived in 2006 courtesy of David Coulthard, but it was in 2009 that the team really hit their stride, claiming six victories en route to second in the constructors’ standings.

Over the next four seasons they were a tour de force, claiming consecutive drivers’ and constructors’ doubles between 2010 and 2013, with Sebastan Vettel emerging as the sport’s youngest quadruple champion…

In 2016, the combination of superb RB12 chassis and much-improved Renault power unit saw the team bounce back to become Mercedes’ only serious rivals for race victories and they took one apiece for Daniel Ricciardo and rising star Max Verstappen, who stunned by winning on their debut after arriving from sister team Toro Rosso for round four onwards.